The Development of Disloyalty 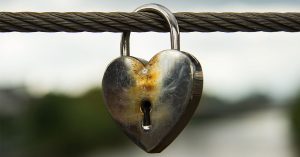 One of the chief causes of division in the church is disloyalty to the present leadership.

No one wakes up one morning and suddenly finds himself disloyal. Disloyalty is an attitude that develops through various stages before it fully manifests itself.

Disloyalty sounds like a terrible word, but it progresses through some not-so-terrible-sounding stages.

Recognizing the stages of disloyalty will enable leadership to deal with the problem in the early stages before it manifests itself fully and brings destruction.

The stages of disloyalty are as follows:

Luke 18:9-14
And he spake this parable unto certain which trusted in

themselves that they were righteous, and despised others: Two men went up into the temple to pray; the one a Pharisee, and the other a publican. The Pharisee stood and prayed thus with himself, God, I thank thee, that I am not as other men are, extortioners, unjust, adulterers, or even as this publican. I fast twice in the week, I give tithes of all that I possess….for every one that exalteth himself shall be abased; and he that humbleth himself shall be exalted.

Lack of brokenness and submission to the will of the leadership and needs of the body of Christ.

Philippians 2:20-21
According to my earnest expectation and my hope, that

in nothing I shall be ashamed, but that with all boldness, as always, so now also Christ shall be magnified in my body, whether it be by life or by death. For to me to live is Christ and to die is gain.

Looking to receive praise from leadership (men) rather than God.

Matthew 6:1-21
Take heed that ye do not your alms before men, to be

seen of them; otherwise ye have no reward of your Father which is in heaven. Therefore when thou doest thine alms, do not sound a trumpet before thee, as the hypocrites do in the synagogues and in the streets, that they may have glory of men. Verily I say unto you, They have their reward. But when thou doest alms, let not thy left hand know what thy right hand doeth: That thine alms may be in secret: and thy Father which seeth in secret himself shall reward thee openly….

The individual begins to think too highly of himself and his own ministry. He thinks that his suggestions are the best suggestions and he is unwilling to listen to the suggestions of others.

Luke 18:9-14
And he spake this parable unto certain which trusted in

themselves that they were righteous, and despised others: Two men went up into the temple to pray; the one a Pharisee, and the other a publican. The Pharisee stood and prayed thus with himself, God, I thank thee, that I am not as other men are, extortioners, unjust, adulterers, or even as this publican. I fast twice in the week, I give tithes of all that I possess….for every one that exalteth himself shall be abased; and he that humbleth himself shall be exalted.

When his suggestions are rejected by the leadership his spiritual pride is injured. He is offended.

Mark 4:16-17 (Amplified)
And in the same way the ones sown upon stony ground

are those who, when they hear the Word, at once receive and accept and welcome it with joy; And they have no real root in themselves, and so they endure for a little while; then when trouble or persecution arises on account of the Word, they immediately are offended (become displeased, indignant, resentful) and they tumble and fall away.

In his thinking, since leadership has rejected his suggestions, there must be something wrong with the leadership’s judgment and discernment. So he develops a critical spirit towards leadership.

Numbers 12:1-10
And Miriam and Aaron spake against Moses…and they

said, Hath the Lord indeed spoken only by Moses? Hath he not spoken also by us?…And the anger of the Lord was kindled against them…

charge them in the presence of the Lord to avoid petty controversy over words, which does no good but upsets and undermines the faith of the hearers. Study and be eager and do your utmost to present yourself to God approved (tested by trial), a workman who has no cause to be ashamed, correctly analyzing and accurately dividing [rightly handling and skillfully teaching] the Word of Truth.

He now develops a competitive spirit in regard to his leaders and begins to distort facts to feed his ego and gain a measure of recognition from others around him. He ends up deceiving himself and others.

For if any person thinks himself to be somebody [too important to condescend to shoulder another’s load] when he is nobody [of superiority except in his own estimation], he deceives and deludes and cheats himself.

Because of his thirst for recognition and need to feed his ego, he begins to gather people around himself who are discontent and dissatisfied with the decisions of leadership.

Moses, with certain of the children of Israel, two hundred and fifty princes of the assembly, famous in the congregation, men of renown: And they gathered themselves together against Moses and against Aaron, and said unto them, Ye take too much upon you, seeing all the congregation are holy, every one of them, and the Lord is among them: wherefore then lift ye up yourselves above the congregation of the Lord?….

Now he gossips to his followers about faults in the leadership that are obvious to all and not necessarily related to spiritual qualifications. He then moves on to more obscure areas of gossip about leadership. Those around him believe him because he was right about other things.

1 Timothy 6:1-5
Let as many servants as are under the yoke count their

own masters worthy of all honour, that the name of God and his doctrine be not blasphemed. And they that have believing masters, let them not despise them, because they are brethren; but rather do them service, because they are faithful and beloved, partakers of the benefit. These things teach and exhort. If any man teach otherwise, and consent not to wholesome words, even the words of our Lord Jesus Christ, and to the doctrine which is according to godliness; He is proud, knowing nothing, but doting about questions and strifes of words, whereof cometh envy, strife, railings, evil surmisings. Perverse disputings of men of corrupt minds, and destitute of the truth, supposing that gain is godliness: for such withdraw thyself.

He is not encouraged by the support he is receiving on the area of these minor problems he emphasized. He feels he is joining true spiritual authority. At this point his activity is noticed by leadership and he is rejected as a disloyal follower.

Now, the people who have been following him are forced to choose sides in the conflict.

In justifying his position, he finds it necessary to lay extreme emphasis on those minor grievances which all agree are true. People are hence encouraged to make a decision on minor issues, not really understanding the heart of the problem.

Now we have a splinter group that begins to go it’s own way. It breaks off from the local leadership. We now have a new church that was birthed in disloyalty or rebellion. A ministry that begins in rebellion ends in rebellion.

3 John 9-10 (Amplified)
I have written briefly to the church; but Diotrephes, who

likes to take the lead among them and put himself first, does not acknowledge my authority and refuses to accept my suggestions or to listen to me. So when I arrive, I will call attention to what he is doing, his boiling over and casting malicious reflections upon us with insinuating language. And not satisfied with that, he refuses to receive and welcome the [missionary] brethren himself, and also interferes with and forbids those who would welcome the, and tries to expel (excommunicate) them from the church.

It is important that everyone of us examine our own hearts and judge ourselves. If we catch ourselves in the early stages of disloyalty, we can make the necessary adjustments and maintain a healthy, Godly spirit as we work together in the body of Christ.

Ephesians 4:3, 13-16 (Amplified)
Be eager and strive earnestly to guard and keep the

harmony and oneness of [and produced by] the Spirit in the binding power of peace…[That it might develop] until we all attain oneness in the faith and in the comprehension of the [full and accurate] knowledge of the son of God, that [we might] arrive at really mature manhood (the completeness of personality which is nothing less than the standard height of Christ’s own perfection), the measure of the stature of the fullness of the Christ and the completeness found in Him. So then, we may no longer be children, tossed [like ships] to and fro between chance gusts of teaching and wavering with every changing wind of doctrine, [the prey of] the cunning and cleverness of unscrupulous men, [gamblers engaged[ in every shifting form of trickery in inventing errors to mislead.